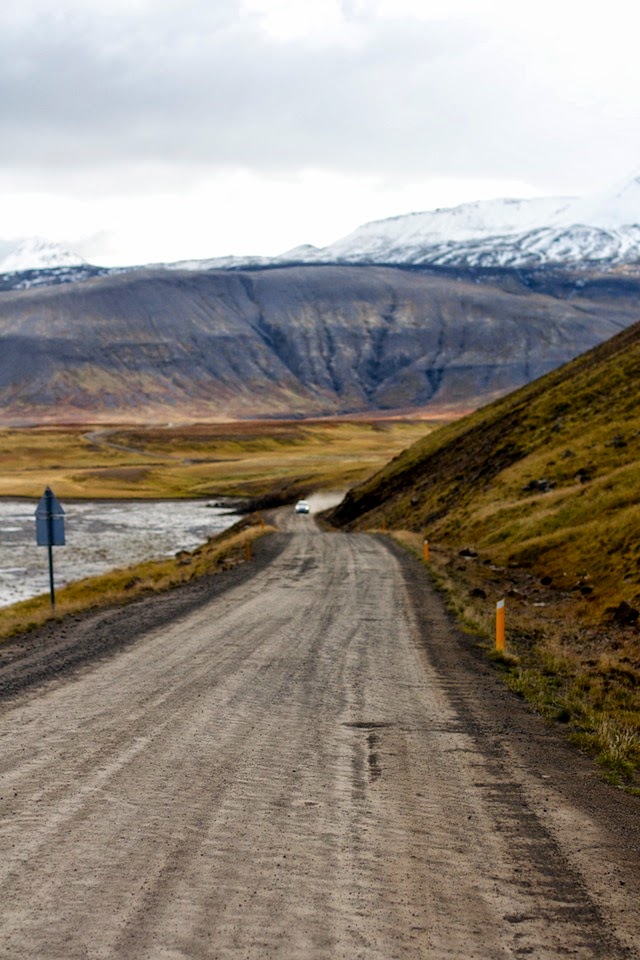 How do I even begin to describe the rest of my time in Iceland? I was only in there for a total of 10 days, but that proved to be plenty of time to tumble head-over-heels in love with the place.

After that day trip to Vik, not even my slogging jet lag could stop me from getting on the road again the next day with my newfound travel friends. 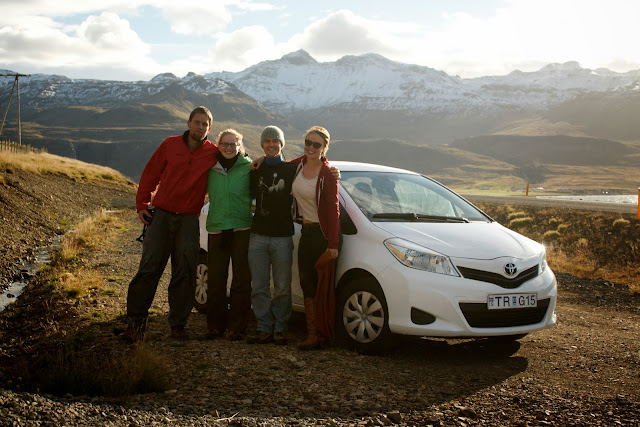 We drove through some of the most insane gusts of wind I’ve ever experienced all the way up to the lovely town of Stykkisholmur. Quite frankly, I’m impressed that our little Yaris didn’t blow off the road and into the ocean, but we all made it in one piece. We took our sweet time driving around the Snæfellsnes Peninsula, no less stunned by the landscape than we were the day before. You would think it gets old after a while and the shock and awe of it all wears off, but it really doesn’t. Because just when you’ve seen enough snowy mountain peaks, the land flattens out into the most bizarre lava-monster fields you’ve ever seen. 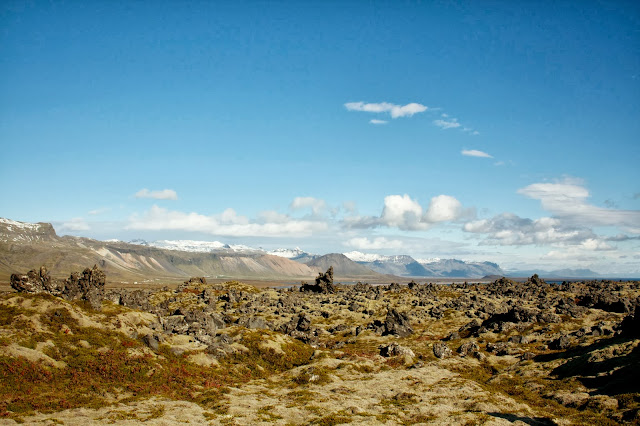 And when you get sick of that, the green and orange fields, dotted with occasional sheep and streams appear. 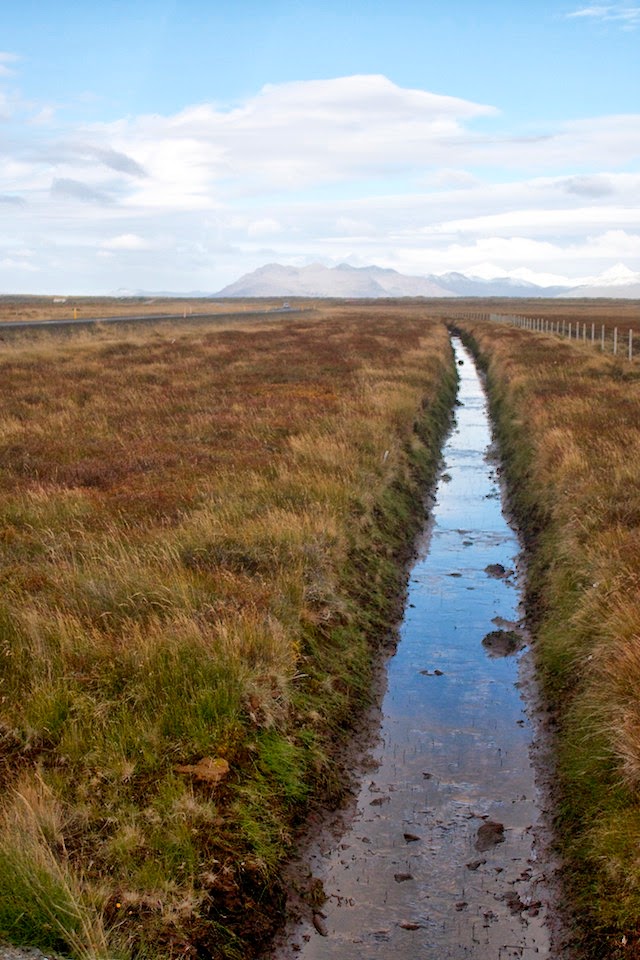 Then you turn another corner and more sparkling oceans and more stunning mountains. 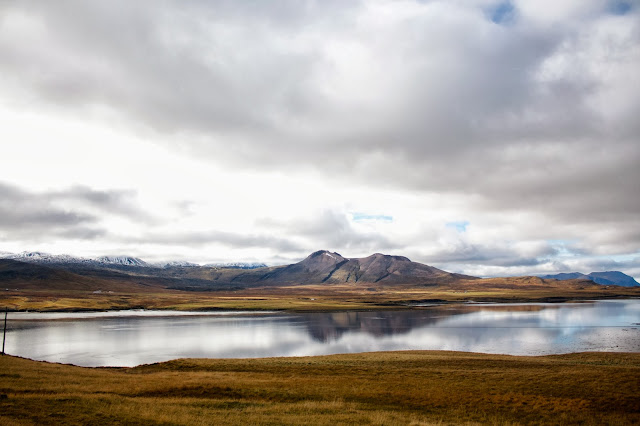 And it just never ends. Our eyes were drunk from soaking in so much beauty. 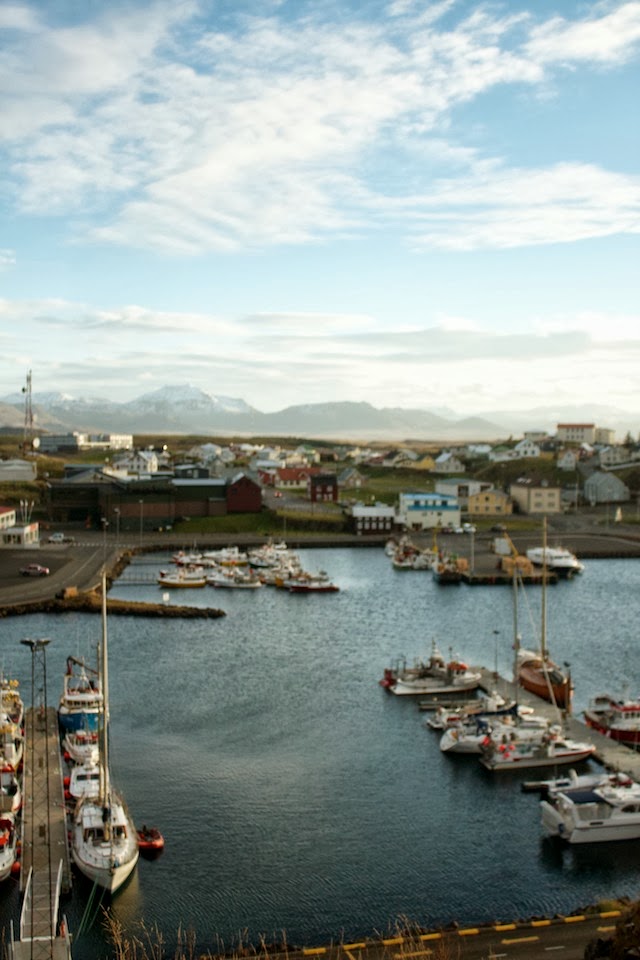 After the long drive, we dumped our stuff at the cute little Harbor Hostel in town and went out for an Icelandic treat of Viking beers and dried fish. 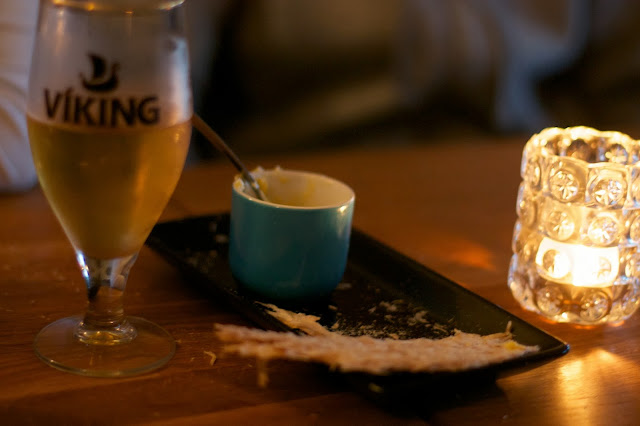 Excuse me, “treat” is a bit of an overstatement. The beer was great, but here’s a tip: if you go to Iceland, skip the dried fish. It is exactly what it sounds like.

The following day, the team was forced to split. Greg and Grace headed South back to Reykjavik, and after a lot of indecision and hemming and hawing, Nick and I finally went ahead and rented a car to drive up into the West Fjörds- supposedly the most beautiful and untouched part of the country. I’m sorry, but how does it get more gorgeous than what we had already seen? 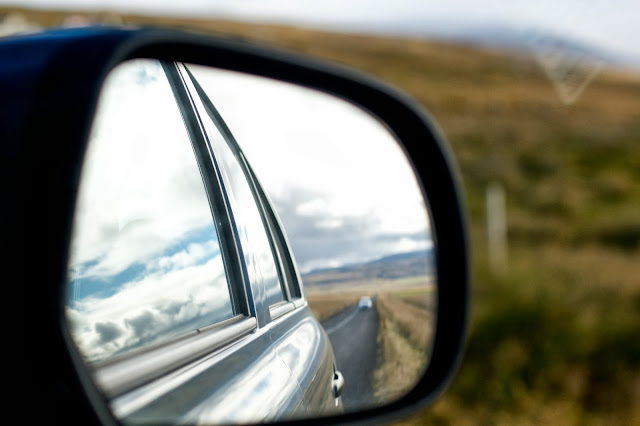 Wherever that information came from, they were correct. Suddenly there were no more farms, no more cars on the road, nothing but mountains and bays, weaving in and out and in and out of the shore. Highlights of the drive were stumbling upon an old abandoned steel ship 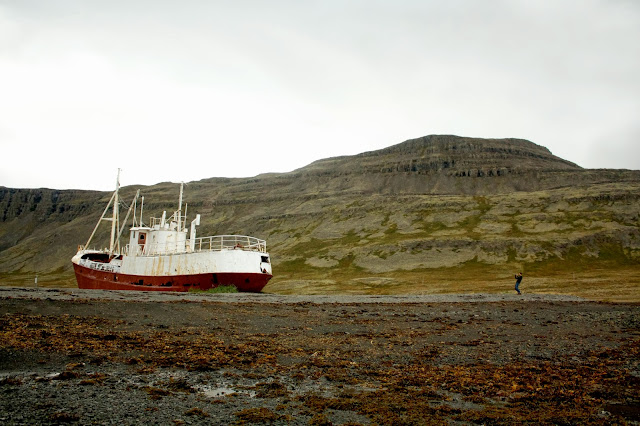 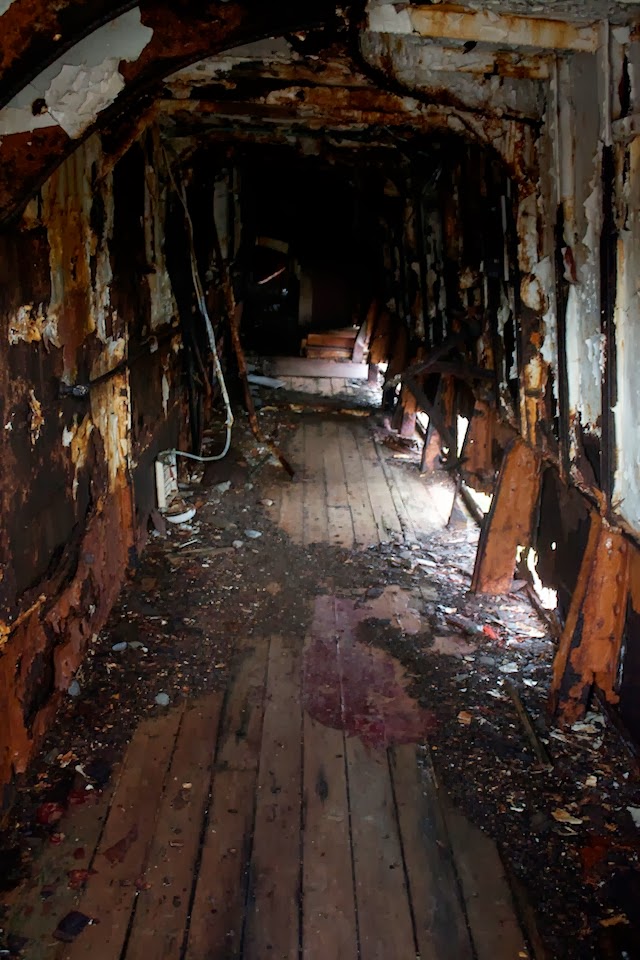 and seeing some of the most beautiful cliffs I've ever seen in my life- the  Látrabjarg Cliffs. 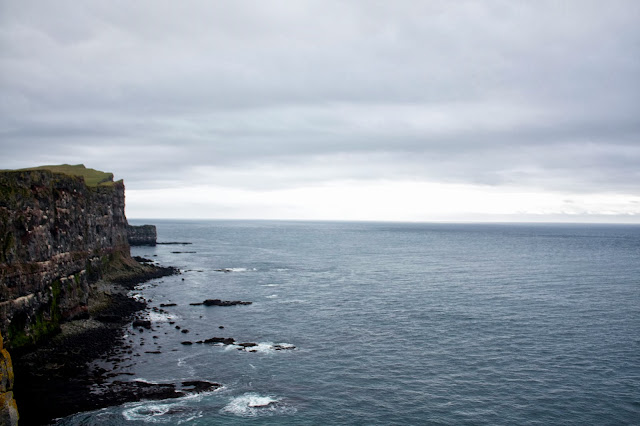 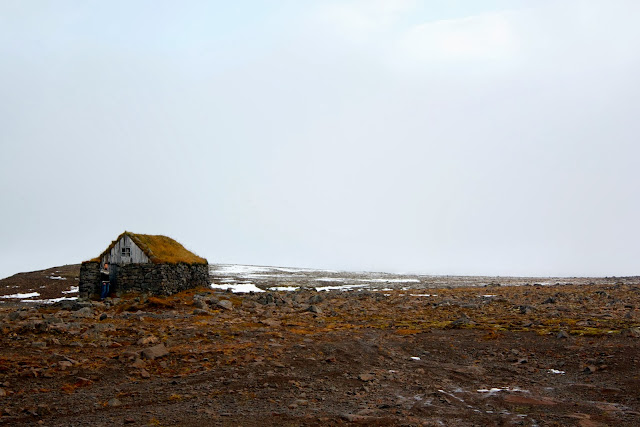 We stayed the first night in Patreksfjördur and the second two nights in our unanimously-declared favorite town: Isafjördur. 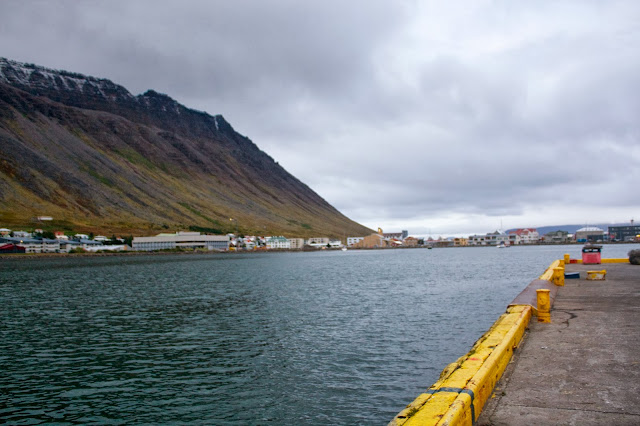 We discovered the greatest little restaurant with (relatively) cheap food called Husid, which also happened to be a guesthouse on the second floor where we made ourselves at home for both nights. The second night we got to experience what appeared to be the only nightlife around. A quiet evening of drinking more Viking beer and listening to a mediocre guitar player quickly escalated into what I’m sure was all of the local young people in the town dancing their hearts out to old classics and singing along at the top of their lungs. Who knew even teenage Icelanders know all the words to "Build Me Up, Buttercup?" We would have been crazy not to join in…

Three hours of sleep later, we were back on the road. 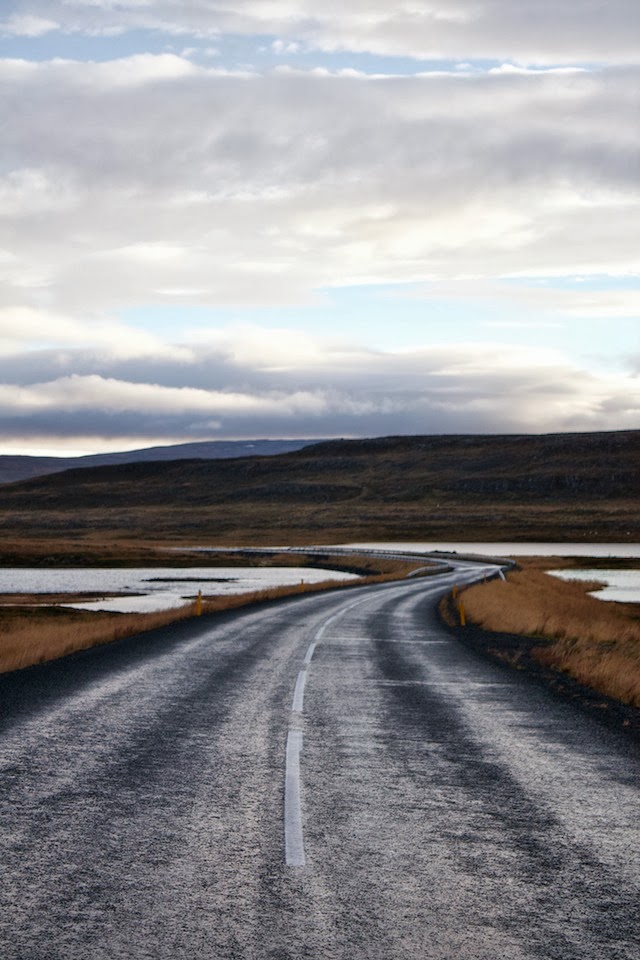 Watching the sun rise, we had to gun it to the bus station where we would finally say our goodbyes. Nick was headed North and I, unfortunately, had to return the car to Stykkisholmur and then make my way back down to Reykjavik to catch a flight in a couple days.

Once I dropped Nick off at his bus (just barely making it) the rest of the ride through the countryside was just me, the mountains, 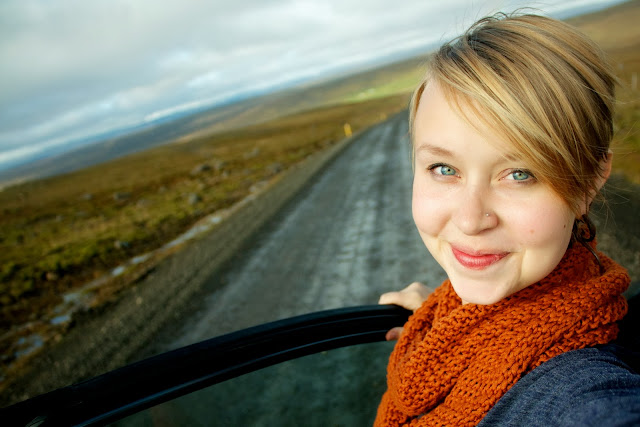 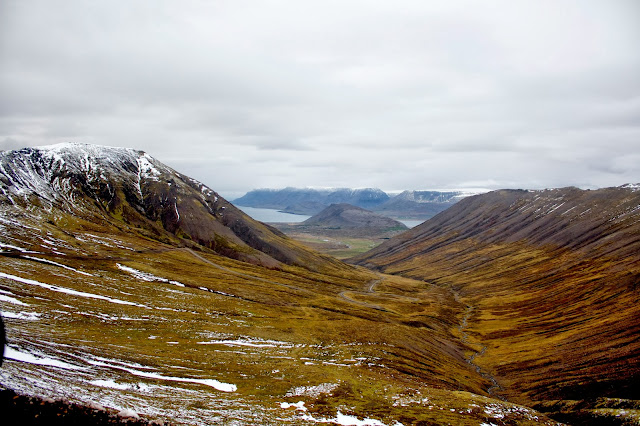 Oh and some sheep, of course. 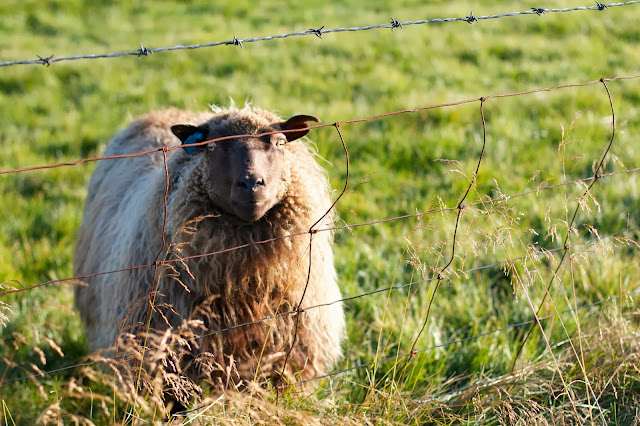 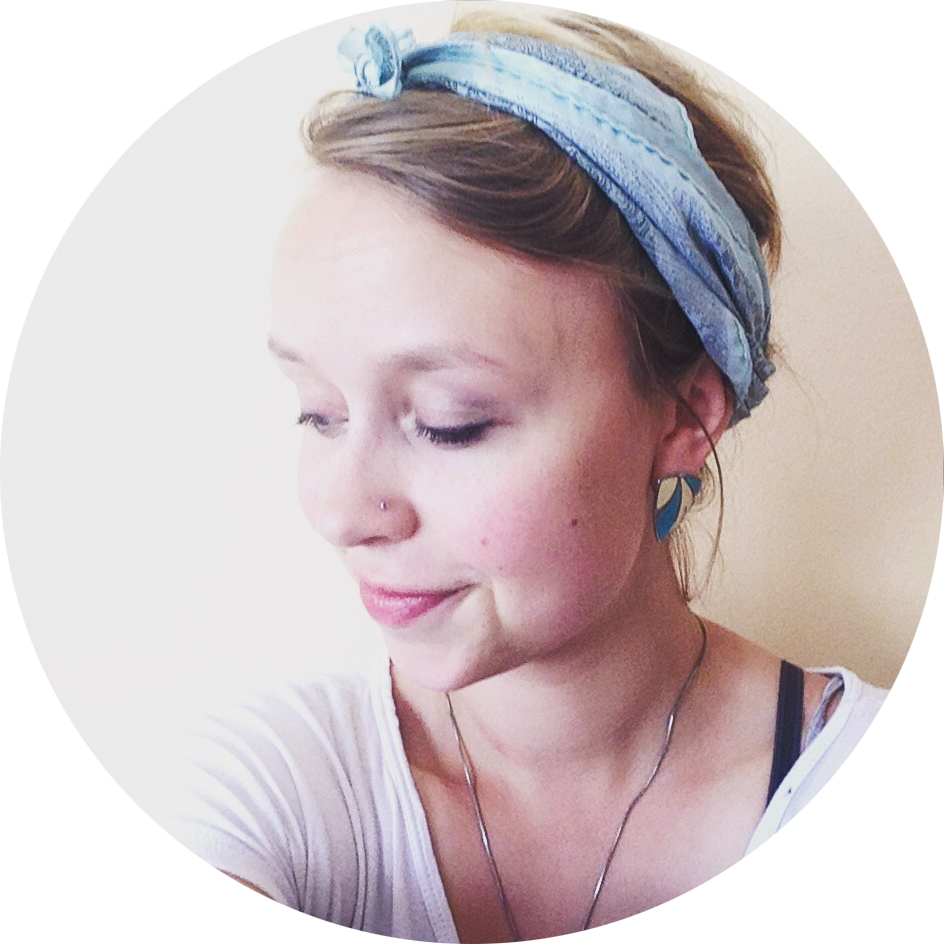